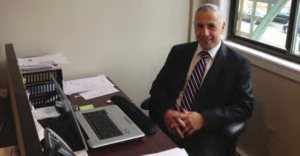 The below piece is by Peter Carino, co-principal of Wire Resources, Inc., a U.S. wire and cable industry placement firm based in Connecticut. (Click links to contact Peter)

There was a time for our office when wire and cable manufacturers were concentrated in certain areas, such as New Jersey, Connecticut and especially Massachusetts. Candidates could make several changes in employers over their career and never have to relocate. However, hiring the best qualified talent has never been that easy, which is why we have been in business 40 years.

It’s always been difficult to find a good candidate for an engineering post, and it’s gotten tougher in recent years. The law of supply and demand is in a candidate’s favor. It  is not unusual for a cable company to go months not being able to fill an engineering opening. The cable industry just does not attract young degreed engineers in any great quan- tity. It’s competing against sexier/higher tech industries, such as medical, that have a greater capacity to grow and sustain U.S.-based manufacturing.

In some respects our company has not changed much in terms of how it finds a good candidates. We embrace tech- nology and media, but first and foremost we believe that trust and confidence is what matters, and that it is still best developed with a voice or a face-to-face relationship. We  are always cultivating new partnerships with industry pro- fessionals. We have relationships that span decades and entire careers. We have a database that chronicles thousands of cable professionals throughout their careers.

There are current industry presidents and vice presidents who we placed early in their cable careers. We have built t be  equaled by friending them on Facebook or sending them a tweet. Yes, we do use multi-media, but it is a supporting tool for what we do.

From what our experience has shown, companies like our approach. Most companies want to see the entire talent pool, not just the active job seeking candidates that are very
high visibility. We reach a person who is well entrenched in what they do but is interested in a particular type of opportunity. This person is not surfing social media and job boards.
t get me wrong, thousands of jobs are filled that way, s just not the kind of job search request we typically get.

Looking forward, we expect that in the next five to six years there will be many cable producers who will see a large percentage of its top management retiring. Many of these firms do not have the personnel internally to fill those voids, and small- to medium-size cable firms are probably the most vulnerable. We are currently engaged in two searches with companies looking to make hires that will ultimately replace a president and a vice president of sales in four to five years.

This entry was posted in Uncategorized. Bookmark the permalink.